Call Today for a Free Consultation 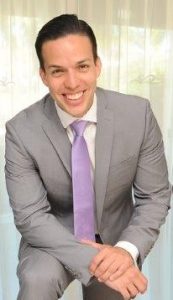 Since becoming a licensed attorney in 2008, Ivan has been successfully representing clients who have been victimized by the negligence of others. Ivan comes to Hightower | Capellan with valuable litigation knowledge including trial, mediation, negotiation and settlement experience.

Ivan earned his BA in Economics from the University of Texas in 2004, and his JD from South Texas College of Law in 2008. His class standing was in the top 25%, earning him Dean’s List as well as becoming a finalist for the Garland R. Walker Memorial Intramural Mock Trial Competition, 2006. He was also the President of the Hispanic Law Students Association, 2008.

Safety First – Choose the Right Helmet for Every Child’s Activity

Adequate Insurance: Your Best Partner on a Motorcycle Ride

Why do you need a dedicated personal injury attorney?

What to do if you are involved in a car wreck?

Material presented on the Hightower | Capellan website is intended for information purposes only. It is not intended as professional advice and should not be construed as such.